Opus, vols. 1–6, are music theory textbooks for children aged eight and older. While originally conceived for use in music schools, they are also suitable for instruction in primary schools and for private study. The six volumes form a progressive course, taking students from the rudiments of music theory through intermediate-level study. Currently volumes 1–3 have been translated into English, but all six books are readily available in Icelandic.

The books teach the fundamentals of music theory through a variety of methods, including games and puzzles. We have found that colorful graphic presentation makes the subject much more accessible for students. The books also contain anecdotal information from the history of music, which can easily be related to listening and analysis.

The Opus Music Theory textbooks are the result of many years of experimental teaching by the authors, who are music teachers at Kópavogur Music School, one of the largest music schools in Iceland. The aim is to enable all pupils to use the material provided. We opted for graphic presentation because, in the course of our experimental teaching, it gave the best results.

The Opus Music Theory textbooks have received publication grants from Iceland’s Ministry of Education, Science, and Culture, the Icelandic Association of Music School Teachers, and others.

Guðfinna Guðlaugsdóttir holds a degree in music education from the Reykjavík College of Music. She has taught music theory since 1987, as well as being an active writer and editor of teaching materials.

Marta E. Sigurðardóttir holds a degree in music education from the Reykjavík College of Music. She has taught at Kópavogur Music School since 1986 and has been head of the school’s music theory department since 1990. She has also been an active writer of educational material.

Other books by the authors: 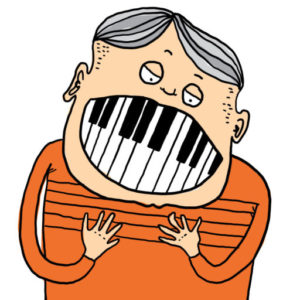 Buy the Opus books in Icelandic